The final project of the “Capacity development to stimulate networking activities between geoparks in the Asia-Pacific region” Project was held from 9th Dec. to 11th Dec. 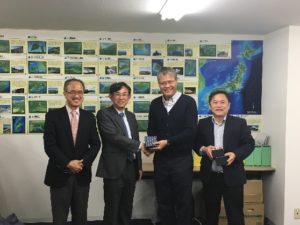 Ahead of the final program, 6 members of Department of Mineral Resources of Thailand visited Japan a day before to discuss with project members of about the preparation of application dossiers for aspiring geoparks.

Delegates from Malaysia, Thailand, Vietnam, and staff of UNESCO Office in Jakarta participated in the meeting to reflect on the previous three programs of the project (Geoparks Niigata International Forum, International Conference on UNESCO Global Geoparks, and JGN National Conference) and introduced about the Japanese Geopark Evaluator Workshop which was held the next day. 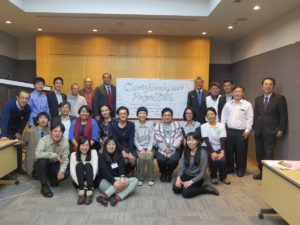 After reflecting on the workshop of previous day, outcomes regarding capacity development gained by participating in the project were presented by delegates both from Southeast Asia and Japan. Also, presentations about future international cooperation among geoparks in Asia Pacific region were given by delegates of the three countries of Southeast Asia, staff of the project, and Prof. Shahbaz Khan of UNESCO Office in Jakarta who visited Japan to join this meeting.