This May, as part of the organization’s 38th Annual International Seminar in Japan, the International Society for Teacher Education (ISfTE) held a special excursion to the Itoigawa UNESCO Global Geopark. 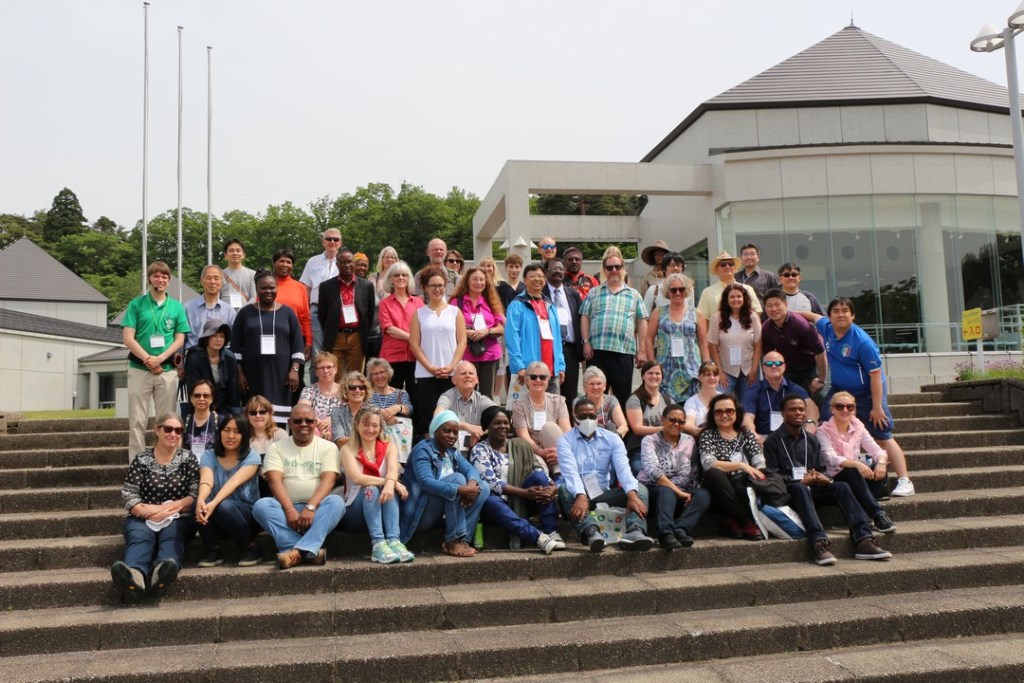 The International Society for Teacher Education is an independent, nonpolitical, nongovernmental, nonprofit organization made up of teacher educators from around the globe who share a common goal of improving teacher education. Since their foundation in 1981, the members have held an international symposium each year. For the first time this symposium has been held in Japan, at the National Joetsu University of Education.

The Itoigawa Geopark enjoys a close relationship with the Joetsu University of Education, having signed an Official Agreement of Collaboration and Cooperation in 2013. As part of the continuing cooperation between these organizations, the Itoigawa UNESCO Global Geopark was chosen as an excursion for the symposium. 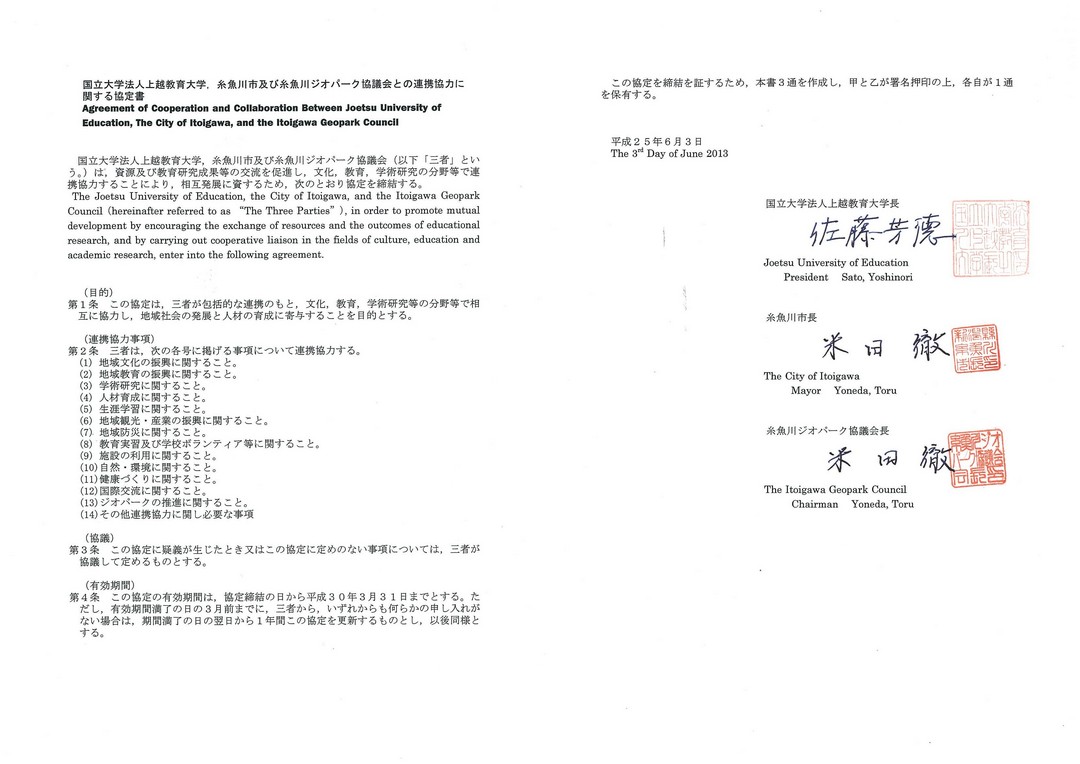 54 participants from 15 countries joined the excursion which began with a tour of the Fossa Magna Museum, the information center of the Itoigawa Geopark. At the museum, participants learned about the unique geological history of Itoigawa and how its geology tells the story of the formation of the Japanese Archipelago. At the Chojagahara Archaeological Museum they learned about the prehistoric Jomon People who lived in Itoigawa over 5000 years ago. These ancient people discovered beautiful stones along the shores and riverbanks which they crafted into ceremonial hammers and elaborate beads—the start of the world’s first jadeite jade using culture. 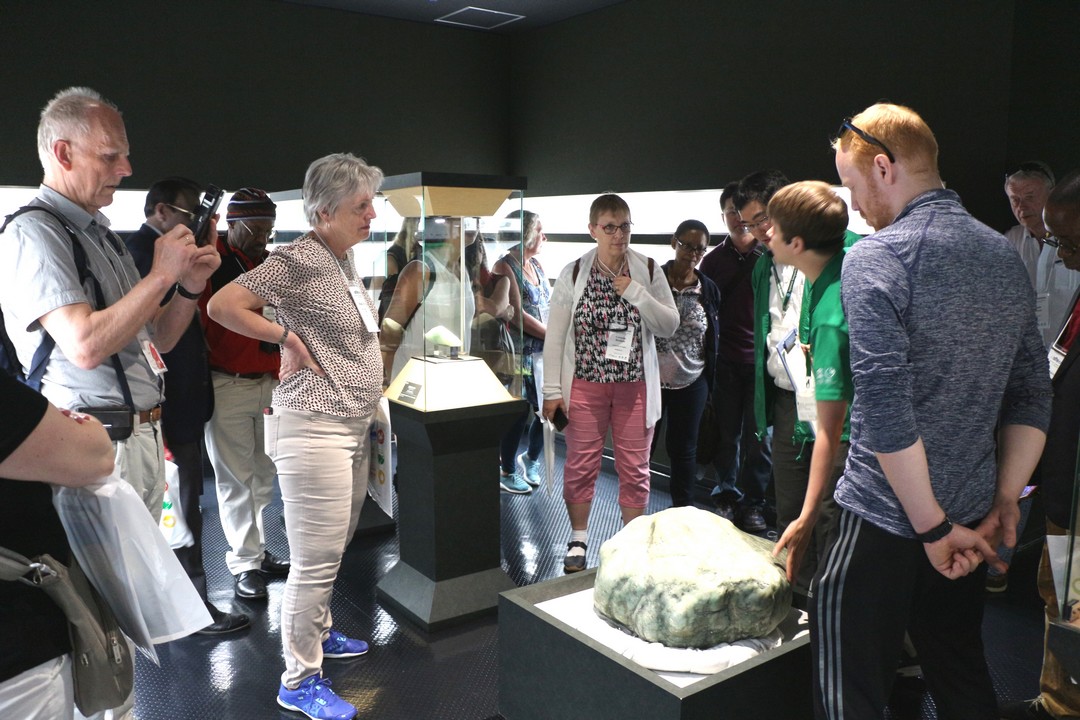 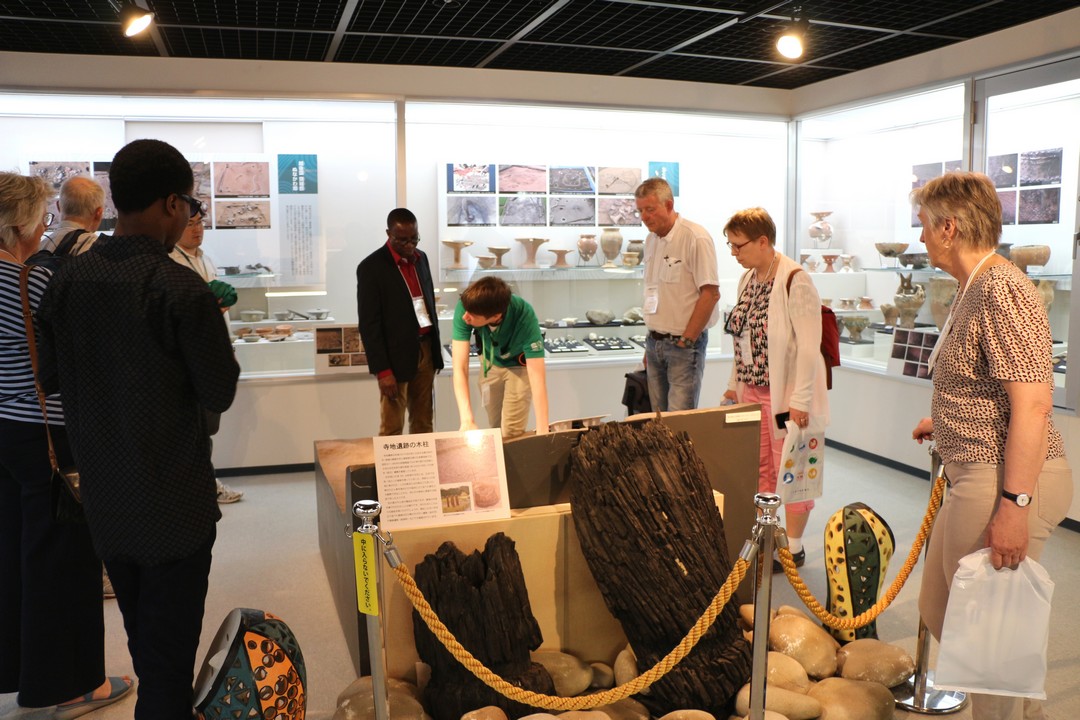 The participants also visited Takanami-no-Ike Pond, a pond located high up in the Kotakigawa Jade Gorge Geosite. This pond, formed by a massive landslide, is a popular summertime retreat for visitors to the Itoigawa Geopark. The local community has set up a restaurant, campground and gift shop to cater to these visitors. With the help of the Itoigawa Geopark, they have also created the new Kotaki Museum, which features exhibits on the unusual geology, nature and history of the Kotaki Region. The tour concluded with a visit to the Itoigawa Station North Area, currently under reconstruction following the Itoigawa Station North Great Fire of 2016. Here they learned about the Geopark’s role in disaster readiness and response and how local geology and topography can contribute to a wide variety of disasters, not only earthquakes! 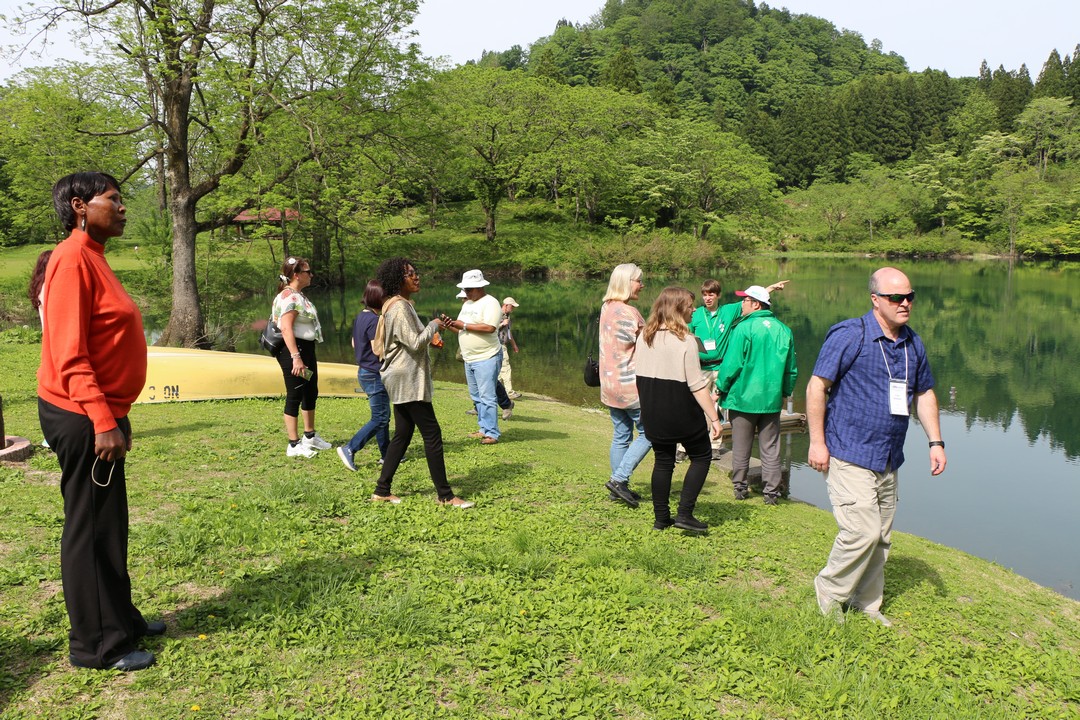 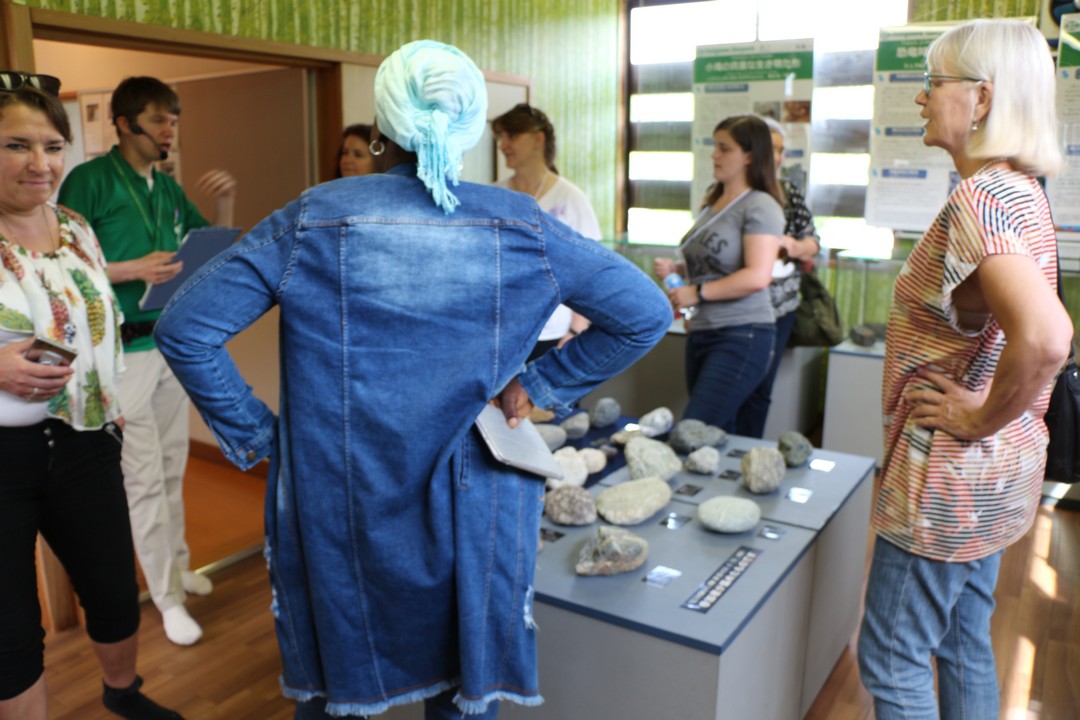 We would not have had this opportunity if it weren’t for our partnership with the Joetsu University of Education. We would like to thank them again for their cooperation and look forward to strengthening our partnerships in the future.