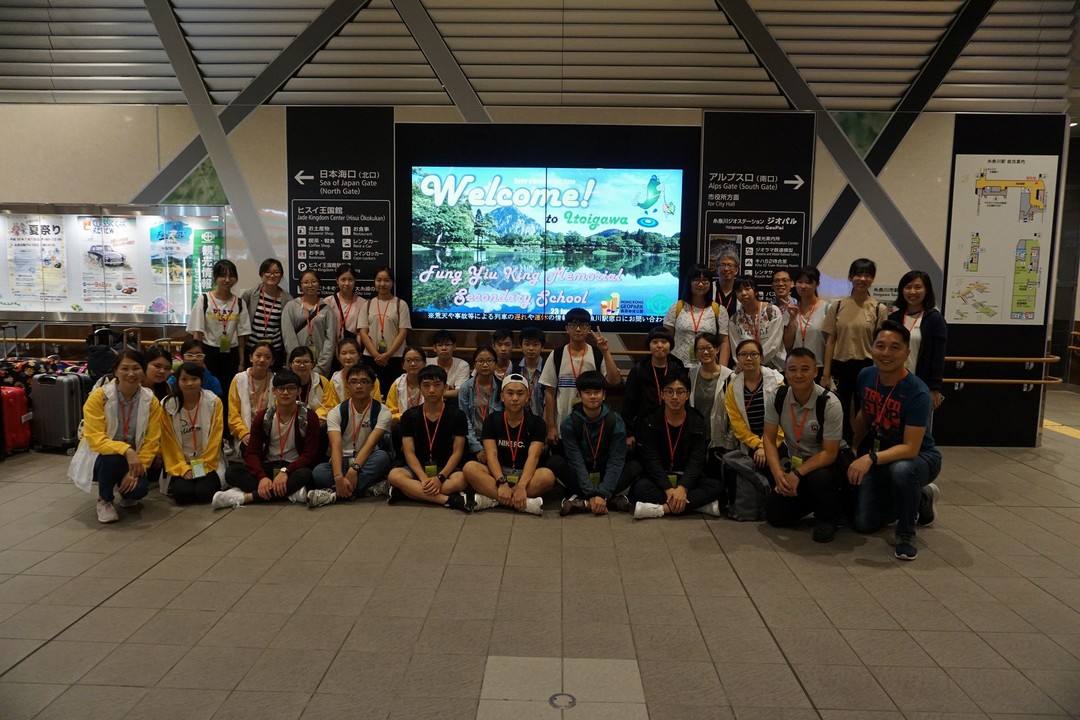 Students and Staff Arrive at Itoigawa Station via the Hokuriku Shinkansen

Arriving late on June 23rd, the students and staff enjoyed three days in the Itoigawa UNESCO Global Geopark, learning about the formation of the Japanese Island Arc at Fossa Magna Museum, Itoigawa’s jade and the world’s oldest jade culture at Kotakigawa Jade Gorge and the Chojagahara Archaeological Site, and about Itoigawa’s sea and fisheries at the Oyashirazu Cliffs and Benten-iwa Region. The students were particularly impressed with the large variety of landscapes and geological heritage to be found in the Itoigawa Geopark, owing to its location on the boundary between the Eurasian and North American tectonic plates. 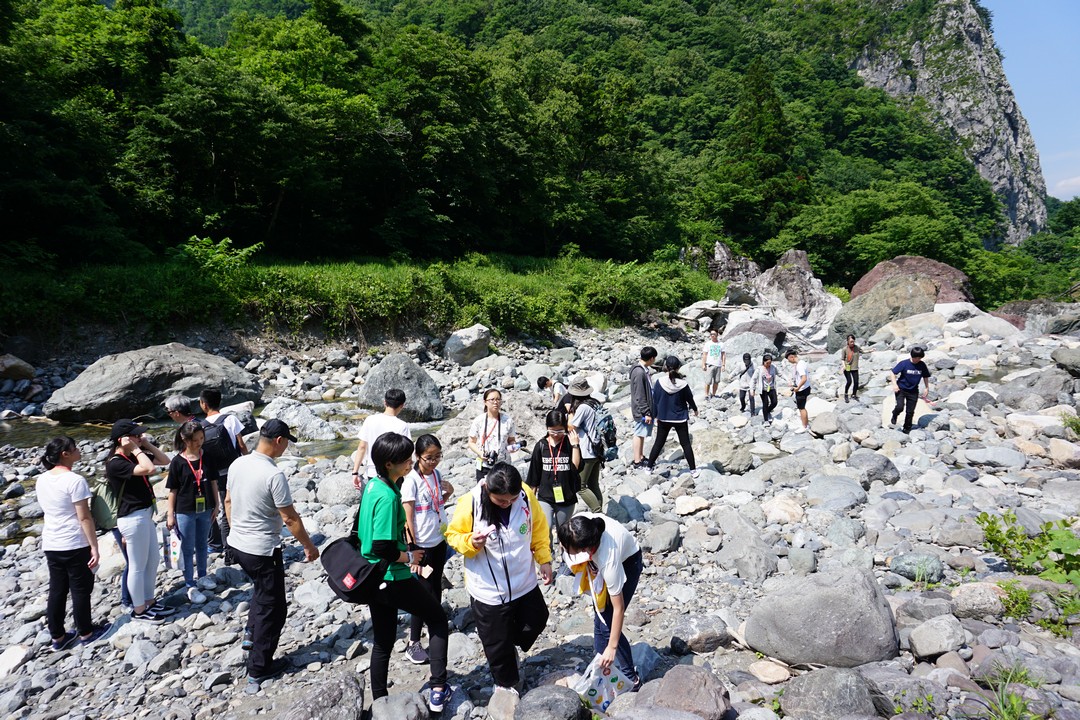 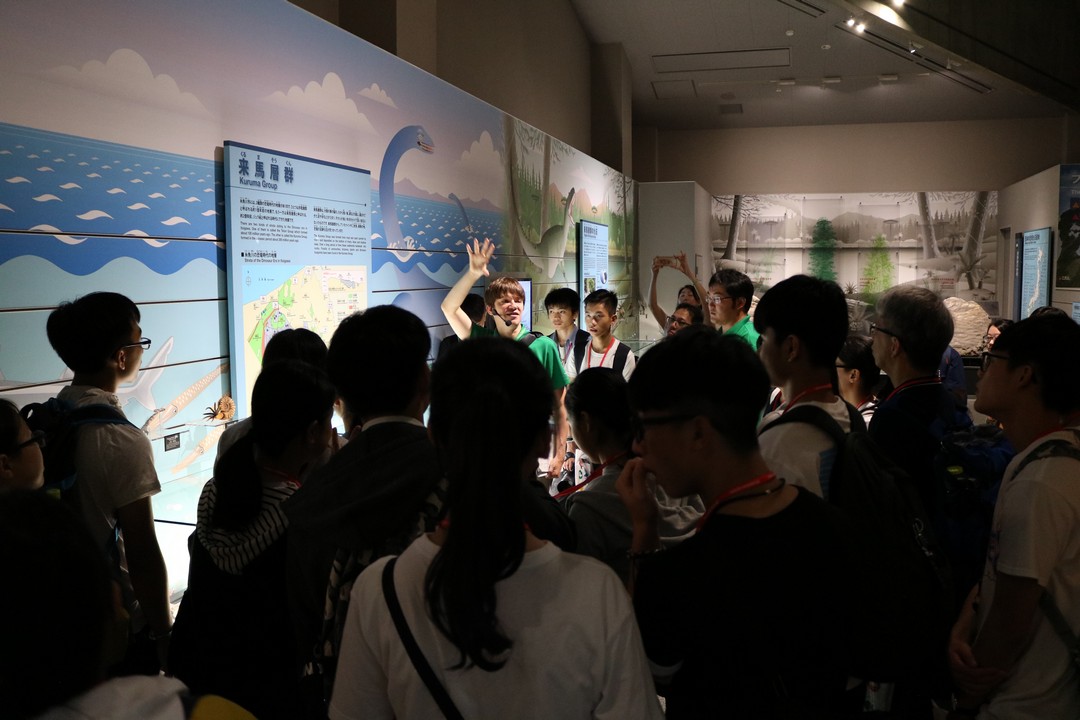 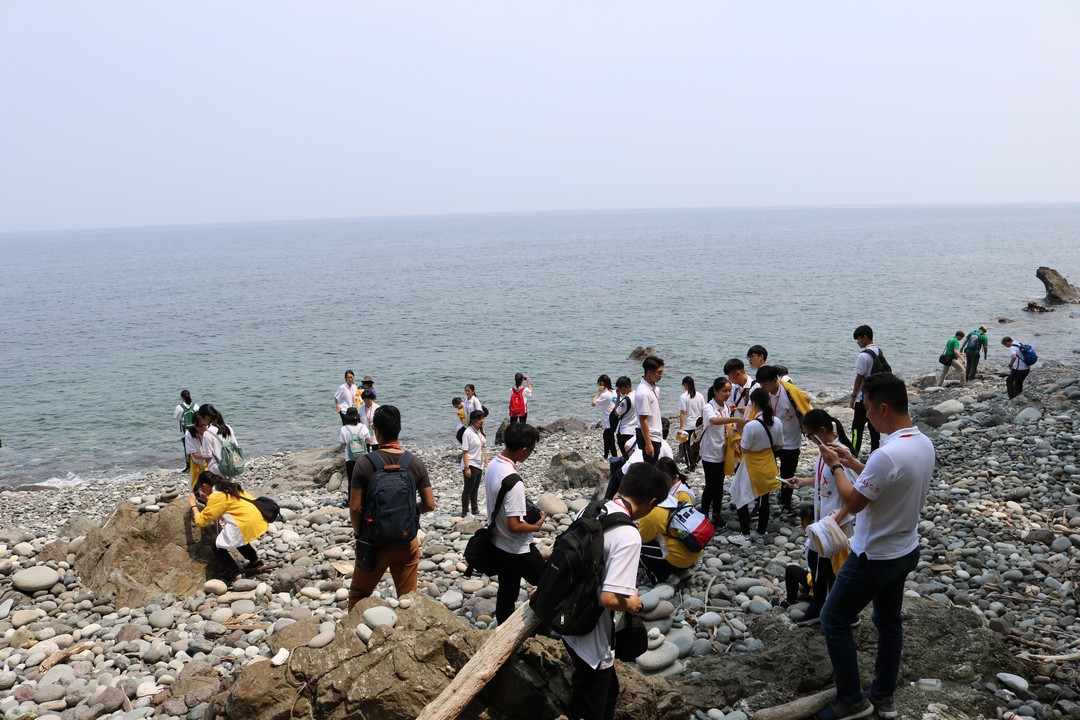 At Itoigawa’s Kaiyo Maritime High School, the students had an opportunity to meet with local students. The students presented on their respective schools and discussed Kaiyo High School’s unique activities, including the development and marketing of maritime produce such as fish sauce, dried and frozen fish, kelp noodles and more. The students from Hong Kong were particularly interested in how Kaiyo High School has been able to not only incorporate Geopark Activities into their curriculum, but use those activities to benefit themselves and their local community.

Before the students left Itoigawa, they had an opportunity to meet with Mr. Toru Yoneda, Mayor of Itoigawa City, Chairman of the Itoigawa Geopark Council, and Chairman of the Japanese Geoparks Network. To commemorate their visit, a special exhibit is on display at Itoigawa City Hall until August, when Itoigawa will reciprocate the exchange with a group of 30 students and staff who will tour the Hong Kong UNESCO Global Geopark from August 6th until the 10th. 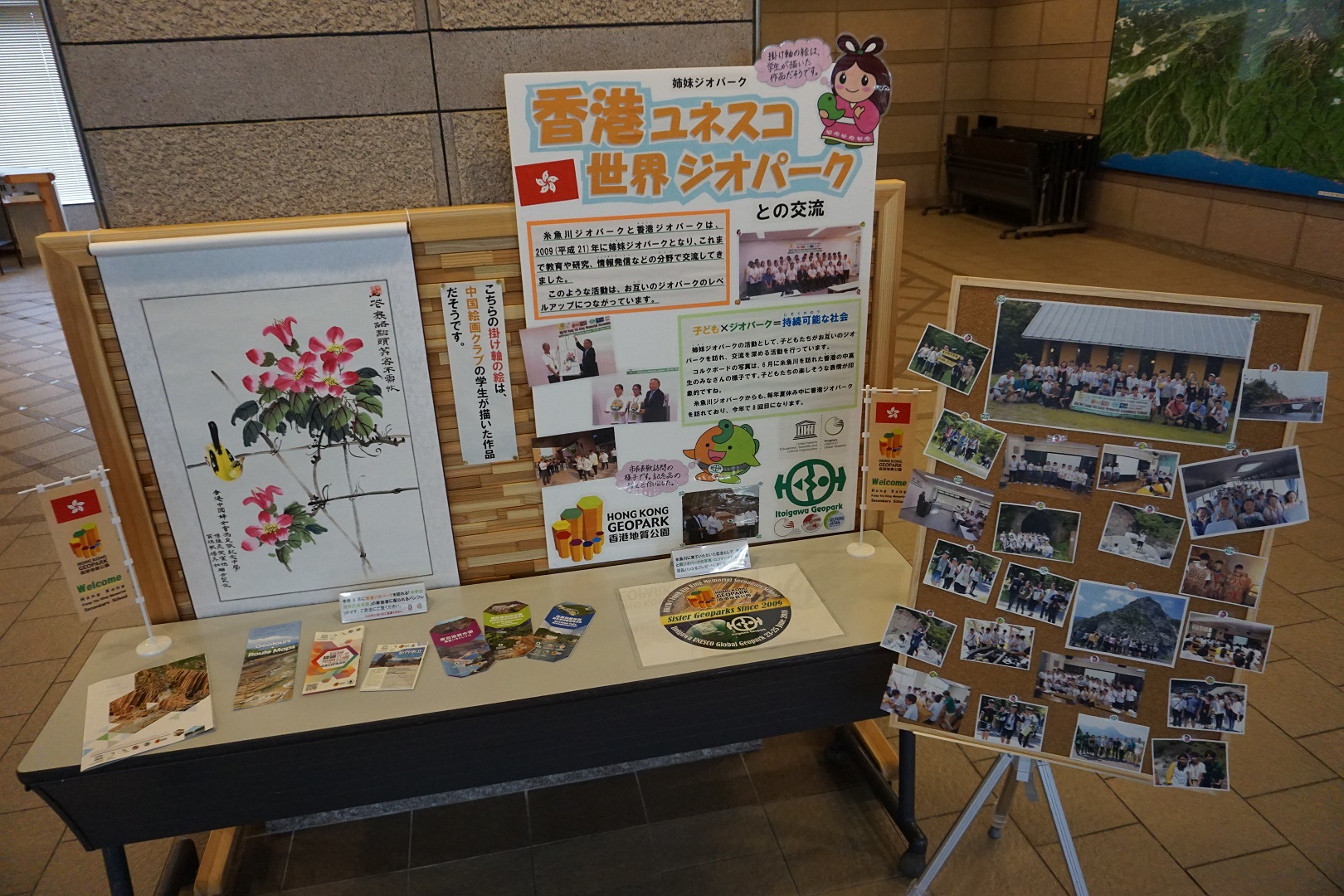 Showcase of the Exchange Visit in Itoigawa City Hall

Exchanges like these are an essential part of sister relationships, especially in the case of Geoparks. One of the core strengths of the UNESCO Global Geopark Program is its diverse network and the deep relationships this network can foster between regions. Such a meaningful relationship would never have developed between Itoigawa and Hong Kong, but through the Geopark Model, these two regions will soon celebrate their tenth year of exchange and mutual support. The Itoigawa UNESCO Global Geopark looks forward to many more years of friendly exchange with Hong Kong and the rest of the Global Geopark Network.