Winter fishing began on the ice surface of the Third Lake in Wudalianchi UNESCO Global Geopark on December 28, 2018. The old winter fishing attracted a great number of tourists.

Sacrifice was one of the most important parts in winter fishing. Fishermen showed their respect to the gifts bestowed by nature in folk dance. Nine big drums stood besides the sacrificial altar. The chief fisherman read respectfully the sacrificial oration, and other fishermen raised big bowls filled with white wine to drink a toast to the heaven and the earth. The fishing culture can be traced to the Nuchen period (an ancient nationality in China) when Hezhe Minority and Manchu lived in Wudalianchi. 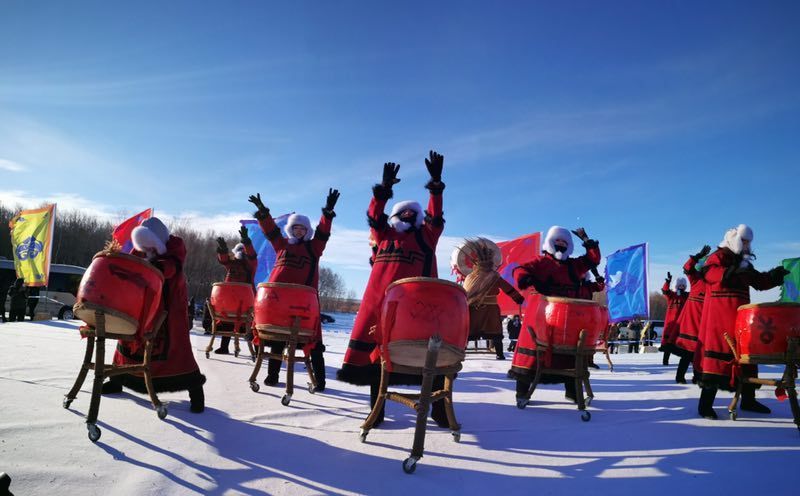 After the sacrifice, hundred fishermen pulled out the fish net with their vehement song. Here came out fishes! The lucky local people received generous gifts from nature once again. The fishermen were excited at the big and fat fishes. The chief fisherman threw fishes to tourists who happily brought the new year gifts home. 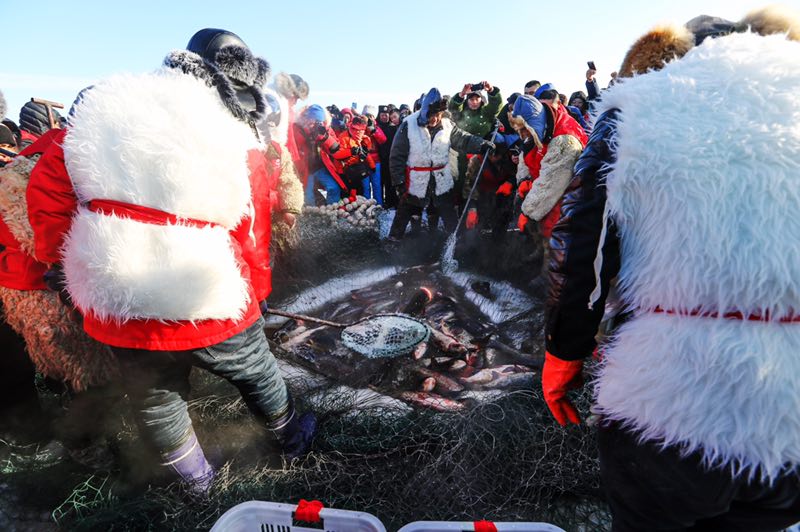 Tou Yu (The biggest fish) represented good fortune and luck. The biggest fish of the first net was 7.5 kg, and it was sold out immediately in the price of 68 thousand Chinese Yuan. 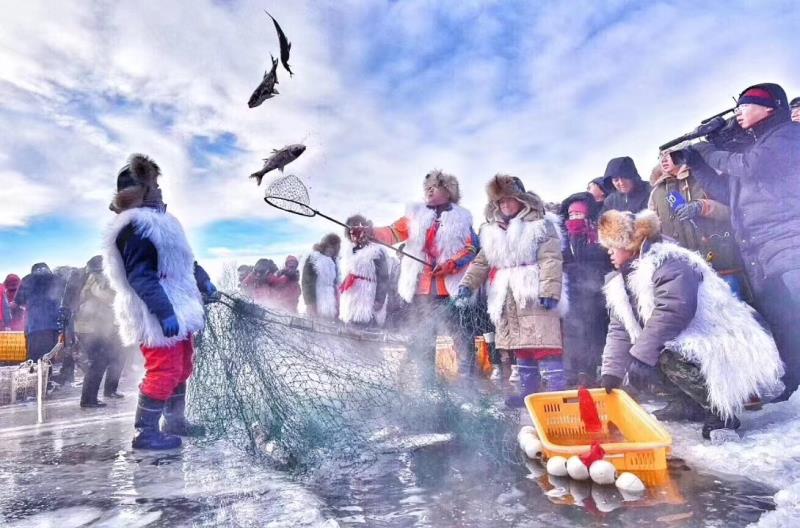 Winter fishing before the Spring Festival has became the local special harvest inherited for thousands of years. It stands for not only the fishing culture, but also the folk art. It has been developing into a special scenery in the Winter of Wudalianchi UNESCO Global Geopark.